Back to Case Studies

The project specification was, by using GPR, to scan the roof to identify the locations of seven selected column heads to enable structural analysis and design to construct on top of the roof. The roof was chosen as the scan area due to restricted access to the private flats/apartments below to check for column locations. The following details one area, Location E, from the seven surveyed.

The workflow of the GPR survey was as follows

Due to there being a parapet wall all around the edge of the roof and top of the column head locations scanning directly for the column head would prove impossible so a series of scans were carried out to locate cross beams running perpendicular from the predicted column head location. Each area was first scanned in a real time (Live) scanning mode whereby the surveyor could simply look at the data being provided at each area to check for structural elements within the roof. Once a target was identified and marked another scan was conducted to enable the scan data to be post processed and the identified position surveyed using a Leica Total Station.

Metadata contained within the Report / CAD drawing is as follows:

The extent of the survey is illustrated in the following plan and photograph: 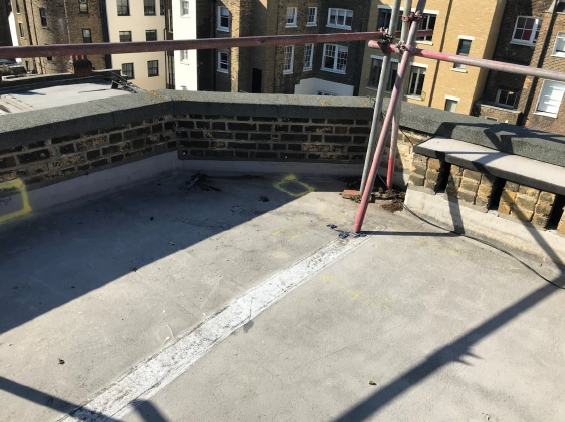 The GPR scans were able to identify the location of perpendicular crossbeams running out from the steel underneath the parapet wall which would indicate the location of the column head.

The Following information shows a drawing of the scan location and GPR data surveyed for location E: 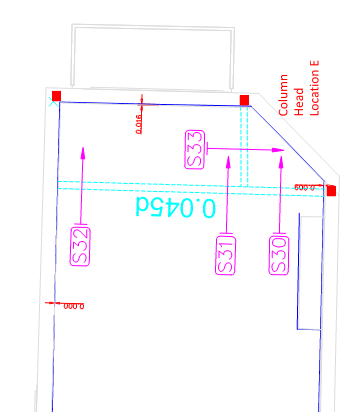 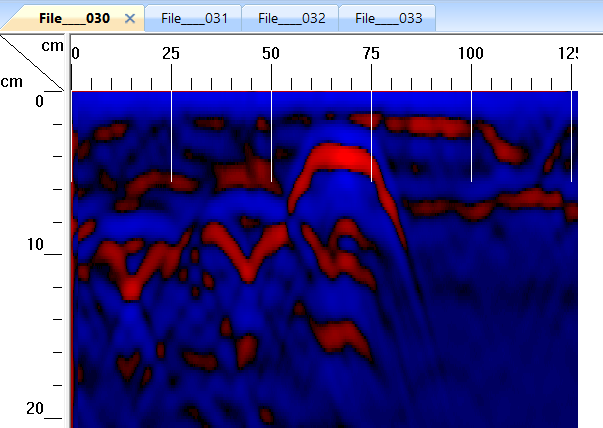 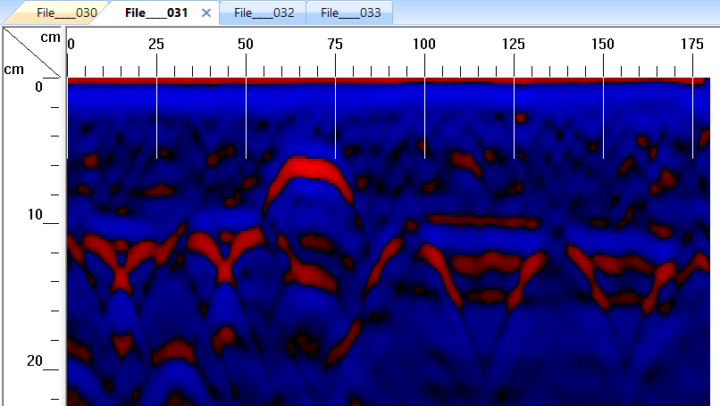 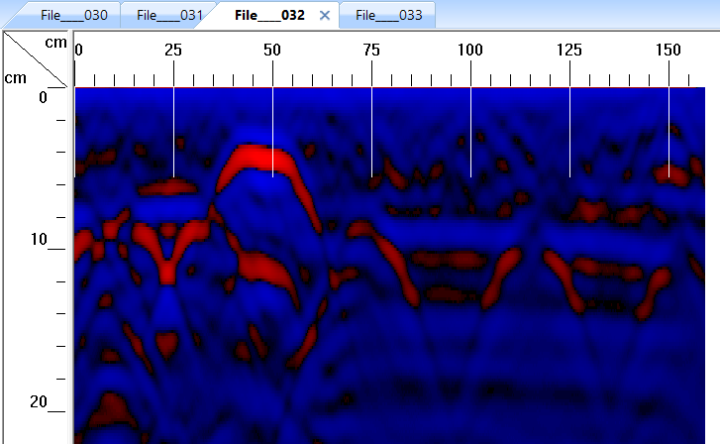 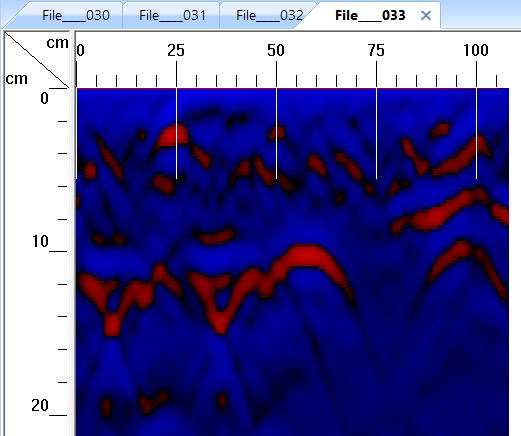 The following deliverables were provided as an output of this survey:

To summarise location E, all 3 of the column head locations are believed to have been established as best we can without removing the parapet wall to detect the lateral beam position.

Please get in touch with Senior Survey Manager, Michael Wood, to find out more

Survey to identify rebar location, size and depth within concrete structure to enable the design of mounts for communications equipment.

Client requirement was for a new heavy vehicle access across the verge of busy main road.